Build it and they will come! 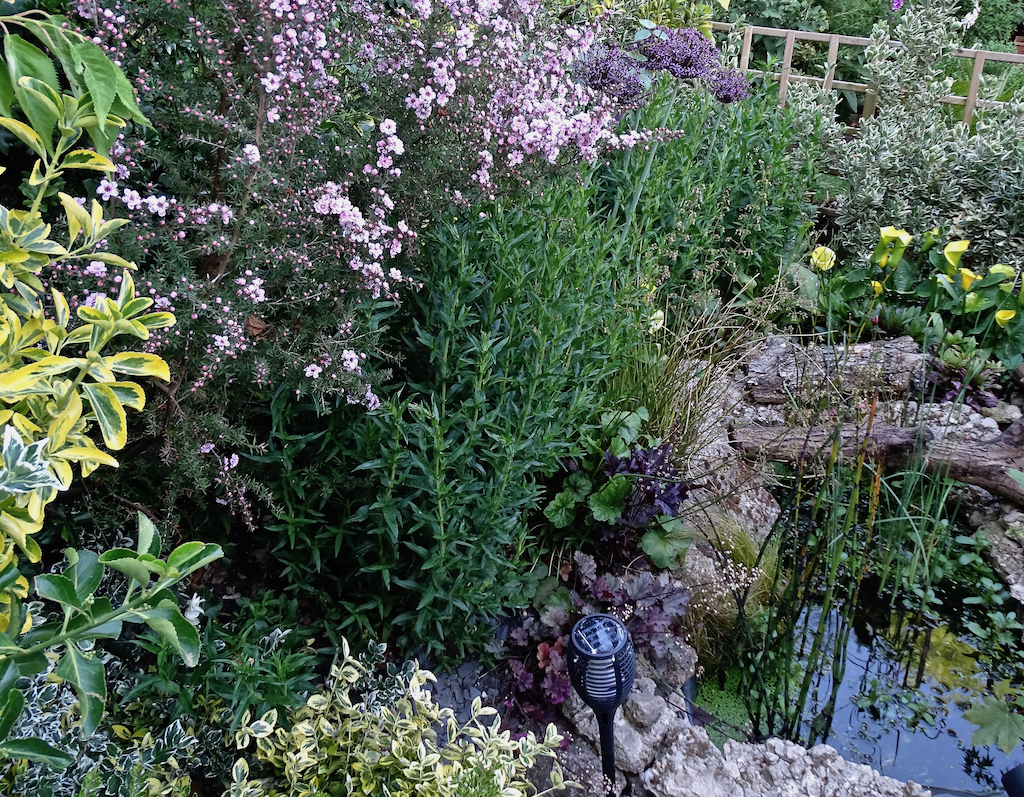 Just over two years ago, I decided to make a change to my garden. I’ve always have been very conscious of the plight of wildlife and have always aimed to grow nectar-rich flowers. Often this meant bypassing the charming but useless double-flowered varieties in favour of the single blooms.

However, this was no longer enough, and I had been contemplating having a pond. The reason behind this was the appearance of frogs over the three years beforehand. The fact they had decided to take up residence in my garden meant I must be doing something right.

My garden is small, so I had to give this quite a lot of thought. I took the plunge, pardon the pun, that is not far off the truth, as I did manage to slip into the dug hole at one point. Still, I installed the preformed pond, filled it with tap water and left it to stand for a week. One of the frogs that had turned up was a real character we named him Jumping Jack. He lept into the pond before any planting had proceeded.

After edging the pond with some reclaimed stones, I could turn my thoughts to the fun part, the planting. The trick was to choose easy-care plants to give year-round interest, not an easy task to hand. I opted for barred horsetail, Veronica beccabunga, water aven and the icing on the cake a pitcher plant too! Centrestage is a beautiful bulrush reed, which does die back in autumn. Below the waterline, I added plenty on oxygenators in the form of the native hornwort. Oxygenators are the key to keeping the water clear and sustaining a healthy underwater eco-system.

Around the outside of the pond, I wanted to grow plants you would find naturally at the water’s edge. I wanted height and impact, and it had to be highly attractive to pollinators. Before I could do this, I needed some structural planting. For this, I use a good old stalwart; the ever-useful evergreen Euonymus fortunei. Back to the pondside planting and what could be better than purple loosestrife and perennial lobelia! Both plants have great height and are insect-friendly and providing good ground cover for the frogs too. Early spring, before the purple loosestrife puts on its show comes the arrival of the alliums that I had planted as bulbs the previous autumn. The perennial lobelia also does not get going until later on in the season so filling the gap are some beautiful calla lilies. 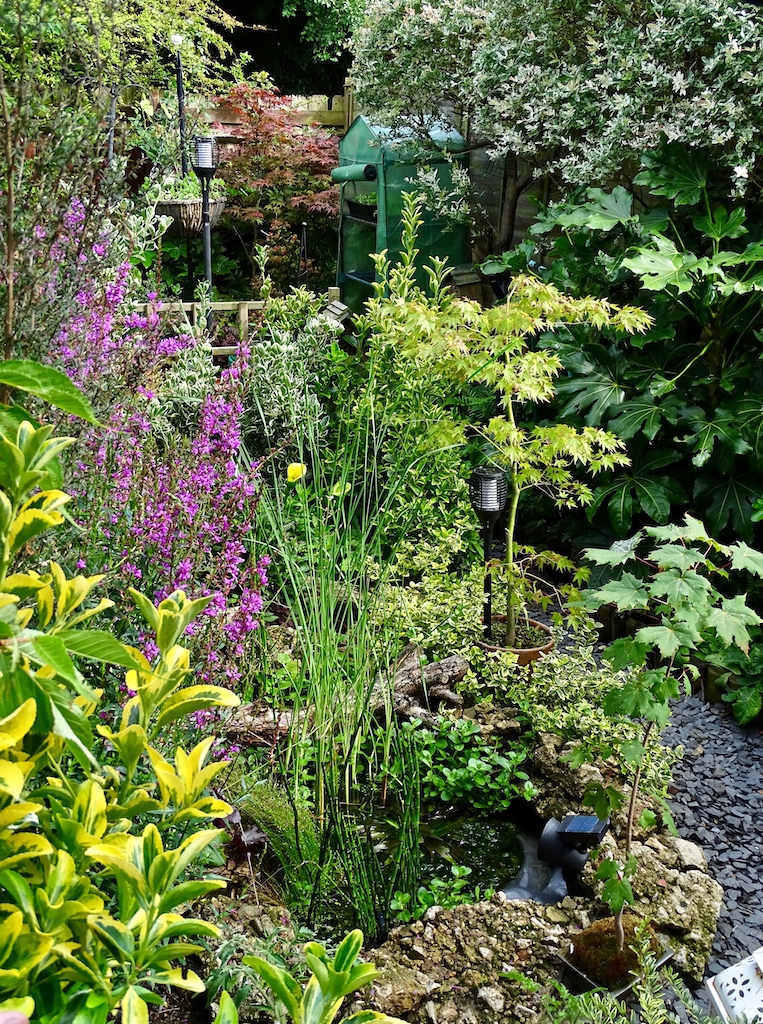 The pond is the hub of the garden

The planting scheme is simple but highly effective. So how successful was it? Well, very; one year later and I had frog spawn, and the pond was teeming with creatures such as water boatmen and pond skaters. There were various other little critters under the waterline too, but the big surprise was seeing the common darter dragonflies emerge. In the summer, insects such as hoverflies and wasps visit, often they can be seen sneaking a little drink along with birds bathing. 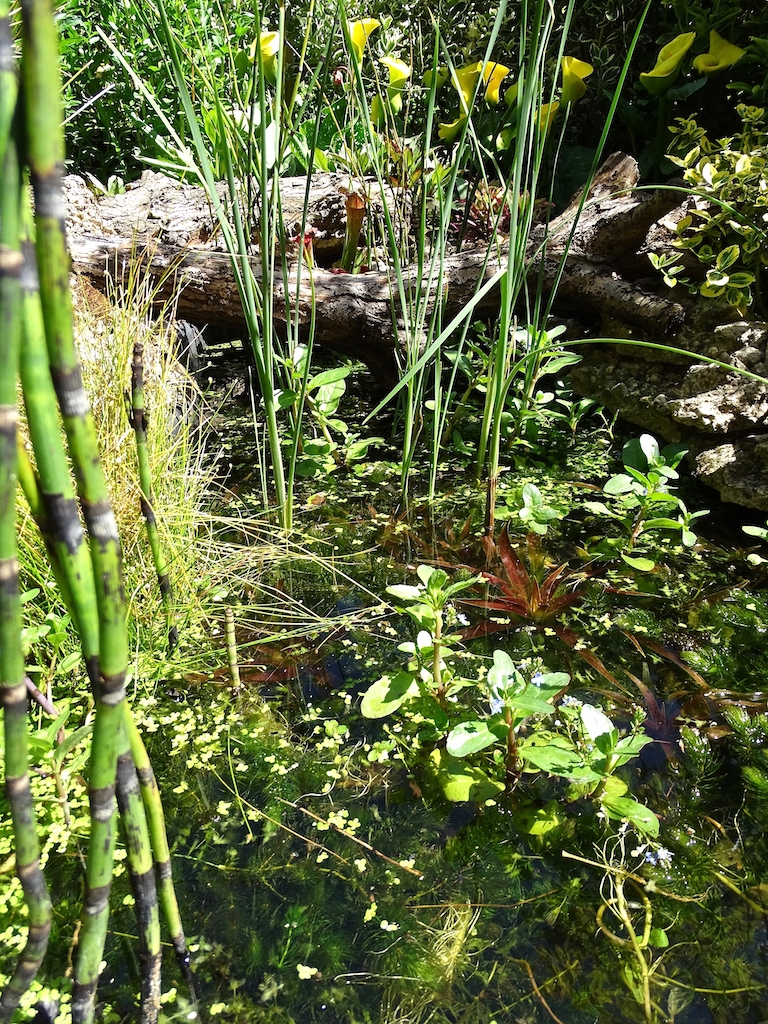 Adding a pond to the garden was one if not, the best things I have done in my small garden. The wildlife, joy, drama and entertainment it continually brings, is an indescribable pleasure. The creatures that visit my garden are just as every bit important as the plants I grow in it. Gardening often viewed as just tending to plants, it’s not, gardening is and should be about taking a little piece of the world and nurturing it into a sustainable little paradise for all to enjoy!

If you want ot know more about creating an easy-care garden then the book ‘The Easy-care Garden‘ can be purchased exclusively on this website.