Why the humble garden path is so important

For most, the garden path is a way of getting from A to B, and that is as far as it goes, or does it? A pathway says a lot about the sort of gardener you are. Although a good route should be an intriguing journey that allures you to walk it, it shouldn’t lead you around the garden before reaching the destination! Inevitably, you will find a shortcut, be it across the lawn or through a border, that instinct to cut corners will happen, and the path loses its goal. Neither should the destination be revealed straight away, as then, there’s no purpose other than reaching say a compost heap or garden shed.

Like many people, I have a small back garden making it very difficult to have anything other than a straight path, usually with the end goal visible. So how do you entice someone enough to want to walk down your garden path if they can already see the destination?

The answer is to create an element of surprise. I have done this by splitting my garden into two halves. The first half smacks a punch to the senses, amidst big, bold and colourful planting is the creme-d-creme my wildlife pond. The path runs past the pond flanked by a long border the other side also densely planted along the first half. 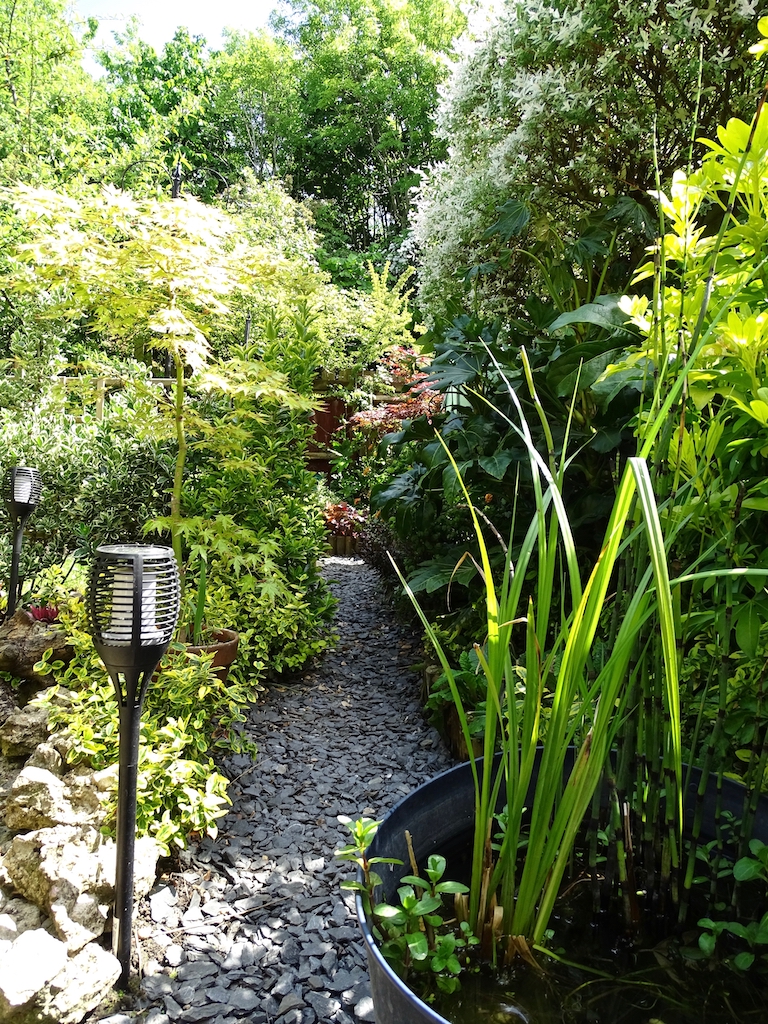 Walking past the pond and down the pathway, you come to the second half of the garden and is a hidden surprise. You will find a small lawn with a border of sunflowers and shrubs among other plants. On the other side, the long border reveals a newly planted fernery and at the edge wild strawberries grow. And then there is the backdrop resembling a woodland planting theme with the large leaf cotoneaster as a focus point. To the right is an Asian inspired woodland planting scheme centred around a beautiful Japanese Acer.

Even though you can see down the pathway and the backdrop, you can’t seebehind the pond or the first half of the long border. That is what’s sointriguing and why you want to walk down the path because you want to know. The pathway has become alive, it is now a functional journeyfromA-B, tickling the sense as you travel down it.